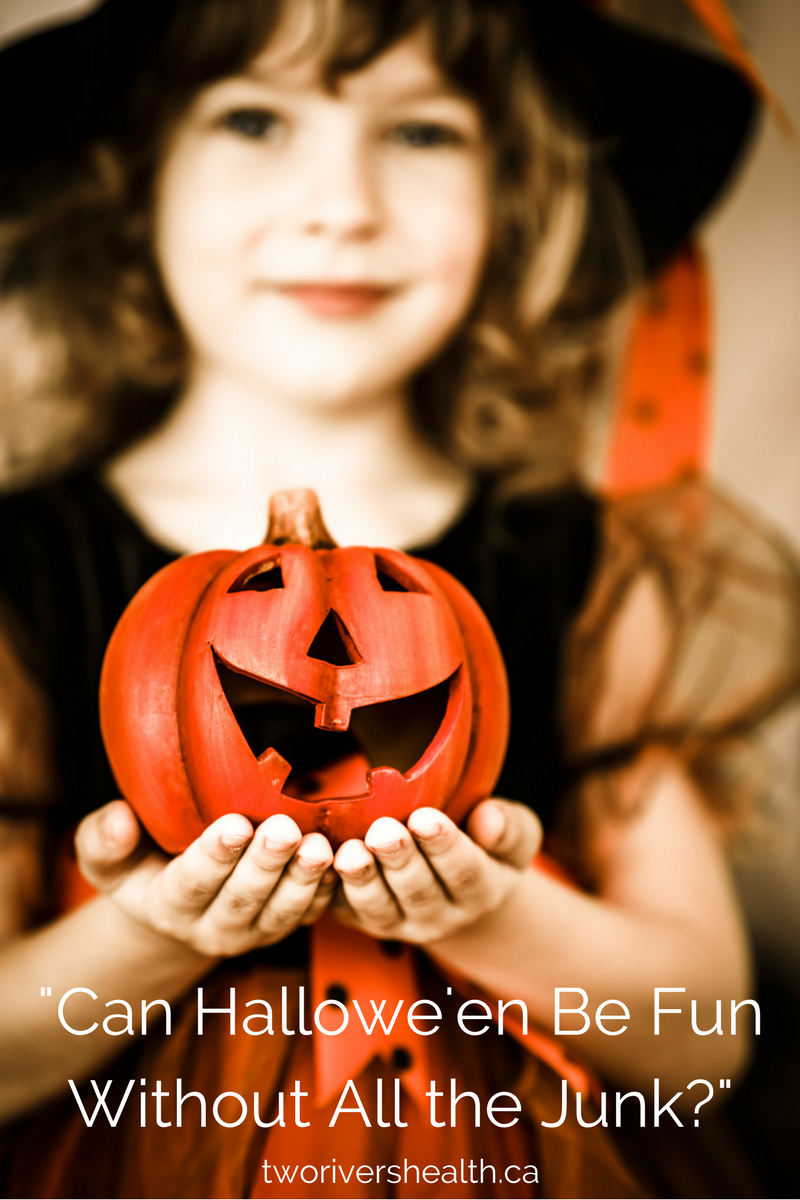 Boo! This time of year, parents of kids with foods sensitivities have more to be frightened of than the ghouls and goblins haunting their neighbourhoods.

I got a scare myself when I heard on a CBC news report that our American neighbours spend over $4 billion on Hallowe’en candy every year – that’s more than they spend on costumes and decorations! That’s the annual GDP of Prince Edward Island (our country’s smallest province, but still – all the money generated by an entire province in a year!)

We can’t be too proud up here in Canada as we celebrate Hallowe’en in exactly the same way.

Why is this a problem? I hope you won’t think me a preachy naturopath. Many of the families we work with have children with food allergies, food sensitivities, and even suffer from what is essentially sugar addiction (some of which started at their first Hallowe’en). Specific tantrums happen within hours of sugar intake. Other specific tantrums then happen when sugar is desired, until given. Sugar is also one of the best ways to depress a child’s immune system – just 1 tsp worth (5 g) white sugar depresses white blood cell activity by 50% for 5 hours. That’s 5 hours of increased susceptibility to colds, flus and other infections right at the time when kids vitamin D levels are tanking and they’re tired and stressed at their mid-term point.

And where would a child find 5 grams of sugar? Most of the favourite mini-sized Hallowe’en chocolate bars contain 6 grams each.

I was having a chat with a fellow Guelph naturopath recently about how she’s approaching Hallowe’en with her little ones aged 3 and 1. She saw a Pinterest post featuring the Switch Witch. I understand she’s a “Good Witch” who swoops in during the night (as all witches, good and bad, do), counts up the candy a child has left out for her to switch for a toy of the child’s desire. The more candy she puts out, the better the gift. It’s kind of like a health-conscious hybrid of the Tooth Fairy and Santa Claus who gets dolled up for Hallowe’en, and I loved the idea!

This is perfect for kids who have peanut allergies, food intolerances, or sugar sensitivities…and whose parents want to create the healthiest fall and holiday season possible.

Candy as currency: just imagine what kids could do with $4 billion worth!

(P.S. My husband and I debated sincerely what to give out to our street’s Trick-or-Treaters…We pitched the idea of organic apples as that went out in the 80’s, we couldn’t find any Hallowe’en stickers left at our local kids’ store, so we settled on the famous “Veggie Sticks” that our young neighbours seem to enjoy. What are YOU giving out this year to balance fun & sort-of-healthy?)

One Comment on “Can Hallowe’en Be Fun AND Healthy?”